Find this article at:
go.ncsu.edu/readext?385327
— Written By Sherrie Peeler and last updated by Kerri Rayburn

You may have heard about “going gluten-free”, and you may have even considered trying it yourself, but what does gluten-free eating really mean for us from a health standpoint? To understand how a gluten-free diet works, we have to first recognize what gluten is.

Gluten is made up of two proteins, gliadin and glutenin. It can be mostly found in wheat, but other grains contain gluten as well, like barley, rye, and some processed oats. Bread is one of the first things that pop into our minds when we picture gluten, but many foods contain it. Some of these comprise of our very favorites: crackers, cookies, noodles, cereal, pancakes, biscuits, beer and many more. Even some medicine and vitamins contain gluten.

If going gluten-free means giving up all of these delicious eats, why would anyone do it?

According to Katherine Tallmadge, a registered dietitian, gluten-free diets were originally used to combat celiac disease, an autoimmune disorder that can be treated by removing gluten from the diet. Going gluten-free is also a must for people with a gluten allergy, which occurs when bodies cannot digest or break down gluten protein. Skin irritation, respiratory issues, diarrhea, fatigue and joint pain are common symptoms of celiac disease or a gluten intolerance.

The cause for gluten intolerance is still unknown. One popular theory, according to the Healthline Medical Team, is that the gluten allergy stems from the way wheat is grown and processed today. Wheat is grown at a much higher rate today than ever before, and it is bred to produce bigger yields.

Today, going gluten-free has become the trendy and health-conscious thing to do, even for those who do not suffer from celiac disease or a gluten allergy. But is it really what we think it is?

Removing gluten from an everyday diet has been used as a method to build energy, battle depression, or even fight bloating, but according to Tallmadge, we could be misled. People sometimes think that going gluten-free correlates to losing weight or feeling healthier, but Tallmadge says those are more likely the effects of taking in less calories, not cutting out gluten.

She suggests that before we start rushing into a gluten-free diet, we should just eat more 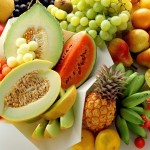 fruit and exercise more often to see the same results. In fact, Tallmadge says we probably shouldn’t go gluten-free unless we have a gluten-intolerance. Gluten-free diets have been shown to be seriously nutrient-deficient. Gluten-free diets tend to be low in fiber, iron, folate, niacin, thiamine, riboflavin, calcium, vitamin B12, phosphorus and zinc.

If a gluten intolerance is preventing you from eating foods that contain gluten, there are plenty of naturally gluten-free options. According to the Celiac Disease Foundation, fruits, vegetables, meat, poultry, dairy, fish and beans are all naturally gluten-free. Most beverages, like juice and soda, are usually gluten-free, also. In addition, many of our favorite gluten-containing foods now come in alternatives, like gluten-free crackers and noodles.

But, in truth, sometimes it is hard to tell what has gluten and what does not. It is best to always look at the labels on your products. Foods like candy and candy bars, salad dressing, potato chips, processed lunch meats, French fries, cheesecake filling and eggs served in restaurants should be checked, because they are sometimes created with gluten-containing ingredients and should be watched carefully.

While the list of gluten-free products available is growing, Tallmadge says it is important to remember that fresh fruits and vegetables are more valuable in your diet than any processed gluten-free foods.

Your FCS article this month was written by Shelby Lequire. Shelby has served as a Family and Consumer Science intern here at the Jackson County Extension Center. We wish Shelby the best as she graduates from Western Carolina University May 2016 with a degree in English. Thank you Shelby for all you have done to strengthen and empower our families along with me here in Jackson County.